David Beckham is to make history by becoming the first global ambassador for Chinese Football. He will visit China in 2013 with his new role to help promote Chinese football domestically and globally. He has received the invitation from the Chinese Football Association, the first ever honor of its kind bestowed on an International sportsman in the country. Beckham’s Chinese football debut will be another influential role after his special ambassadorship for the London 2012 Olympic Games. « I am honored to have been asked to play such an important role at this special time in Chinese football history, » Beckham said. « I’m excited by the prospect of promoting the world’s greatest game to Chinese sports fans as I’ve seen firsthand the growing interest in football there. This is a wonderful sport that inspires people across the world and brings families together, so I’m relishing the opportunity of introducing more fans to the game. »

CFA, the governing body of the game in China, hopes to realize its goal of further promoting the world’s greatest game to over 1.3 billion people in the country and inspiring young children to play the game by relying on Beckham’s credibility as one of the most admired sportsmen and iconic figures in the world as well as his outstanding sportsmanship and professionalism. Beckham’s own story and his growing role as the spokesperson of sport have made him the perfect candidate to the CFA.

Meanwhile, with the rapid growth of the Chinese Super League, the country’s Championship league in the past two years, it is believed that Beckham’s China tour will further popularize the game in the country as well as bringing Chinese football and the CSL to the world stage.

« 2013 marks the 20th anniversary of professional football in China and the special ambassadorship of David Beckham will attract global attention to Chinese football and the CSL, » said a CFA official. « We are pleased to invite Mr. Beckham to visit China at this special moment. While in China, he will attend the CSL and visit Clubs to get a deeper insight into football in China. He will also help us to inspire and motivate many children to participate in this beautiful game.«

« IMG, as the strategic partner of the CSL, shall spare no effort to promote the CSL and Chinese Football. Our dedication to CSL and Chinese Football is more than a business partnership, we are happy to invest IMG’s resources in full range. The most important reason that makes this ambassadorship a reality is Beckham’s growing role to promote this great game on the grassroots level with particular emphasis on inspiring young children to play football. I believe Beckham’s own story and his love of the game will inspire a new generation of children to play football in China so Chinese football will take its place on the world stage. I wholeheartedly thank Mr. Mike Dolan, Chairman and CEO of IMG Worldwide, and Mr. Jiang Heping, Managing Director, CCTV Sports and Chairman, CCTV-IMG Sports Management Company, for their unrivalled support. » said Adam Zhu, Vice Chairman of IMG Asia Pacific and Chairman & President of Greater China.

The 2013 Season of the Chinese Super League will kick-off on March 8th and Beckham’s support will bring increased national attention to the county’s Championship League. Chinese football fans are eagerly anticipating the new season and the presence of David Beckham.

Simon Fuller, David Beckham’s business partner commented, « With David being invited by the Chinese FA to become an ambassador for the game he loves so much, it really underlines the scale and reach of his global popularity. This is the start of a new chapter in the David Beckham story, and I’m absolutely delighted for him. I’m certain he will enjoy his China adventure. »

Mike Dolan, Chairman and CEO of IMG Worldwide, which has a 10-year deal as a strategic partner and promoter of the CFL, said, « This is the perfect time for an icon like David Beckham to be spearheading the effort to promote football in China. The combination of the 10-year anniversary of the CSL, the 20th anniversary of professional football in China and the global appeal of David Beckham practically ensures that every young person in the country will have a new found interest in the game. We expect that David’s presence in the country will be massively important in popularizing the sport ». 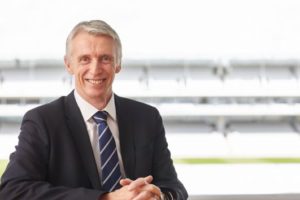 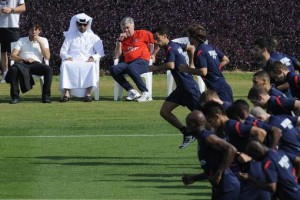 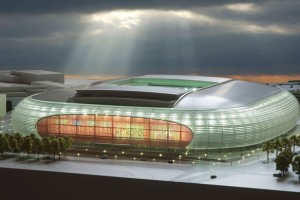 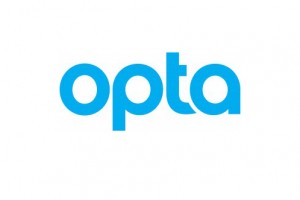 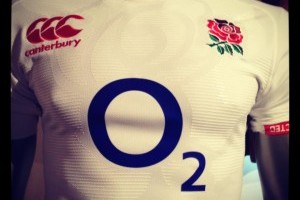 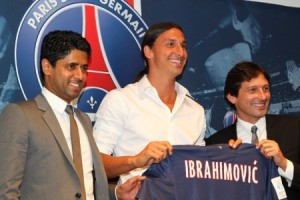 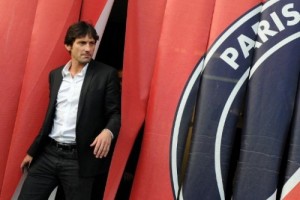 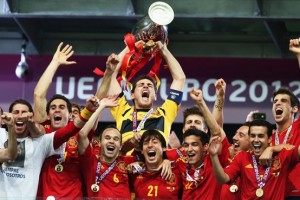